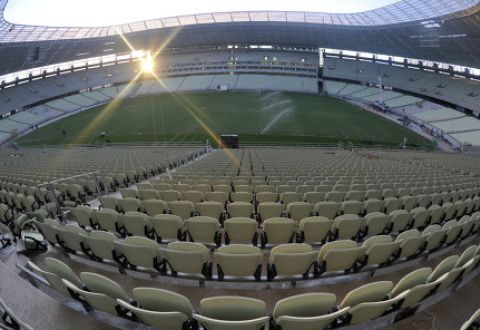 FIFA said it is not considering changing kickoff times or adding mandatory cooling breaks during the 2014 World Cup matches, despite being sued by ’s players’ union because of health concerns, the Associated Press reported.

FIFA said it spent nearly two years analyzing starting times for the tournament in and always took into consideration the players’ health.

The players’ federation filed a lawsuit to change kickoff times of the 24 matches scheduled to start at 1 pm local time (1600 GMT), saying players would be at risk because of intense heat and humidity in some venues. It said FIFA, at least, must introduce two-minute water breaks in each half during those matches.

“Official and mandatory cooling breaks will not be pre-established. Rather, climate conditions will be evaluated prior to each match,” FIFA stated in response.