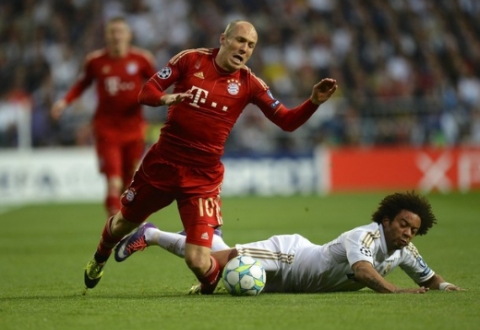 Bayern Munich winger Arjen Robben said on Monday that Champions League is the biggest game for his team, more important than the Cup of Germany, for which Bayern will play against Borussia Dortmund on Saturday.

“Am I focused on the Champions League final? No,” the 28-year-old told. “That game is the biggest target, but first we have the DFB-Pokal final against Dortmund. And in that, we’ll give everything.”

“Two years ago, I promised my wife and mother that if I were to win the Champions League and Euro 2012, I would stop playing football,” Goal.com quotes Robben, who scored 12 goals in 24 matches.