Arthur Abraham: This fight will be “all or nothing” 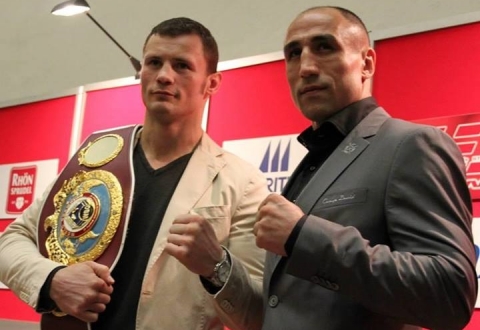 “This fight will be a kind of ‘all or nothing.’ I will do everything to regain my championship title, and to justify the trust of my trainer, relatives, fans, and all those who believe in me. At this point, this is my only and main objective,” Sport.de quotes Abraham as saying.

Saturday’s clash in Magdeburg, Germany, will be the third championship encounter between the two boxers. Arthur Abraham, 34, had won the first fight and become the WBO Super Middleweight Champion, whereas Robert Stieglitz, 32, had become the winner in the second bout and regained his championship belt.