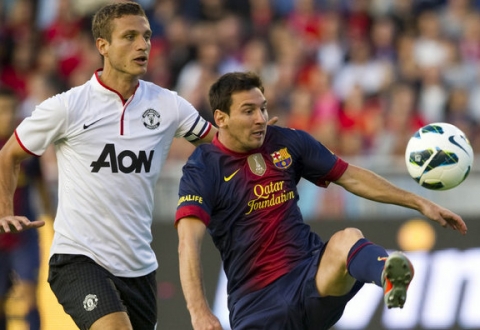 The player’s working contract with the English club runs until the end of the current season.

The Barcelona management believes that Vidić, 32, can adapt to the Spanish club’s style of play and regulate the defensive line of the team.

Former Serbia international Nemanja Vidić has made thirteen appearances so far in the current season of the English Premier League.