I wish to compete in Olympics with same success – Armenian judoist 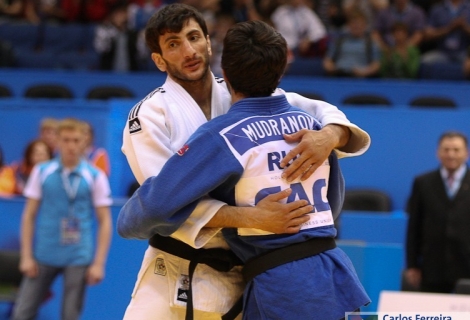 Armenian national judo team member Hovhannes Davtyan (60 kg) won a silver medal on the very first day of the European Judo Championships being held in Chelyabinsk, Russia. NEWS.am Sport interviewed Davtyan, and below is an excerpt.

Could you have done even more?

Of course; I could have become European champion, because I felt very well on the tatami. But something did not work out in the final. I had defeated Beslan Mudranov before, but I couldn’t this time.

How would you assess your road to the final?

It was very difficult. I defeated title-holding athletes until reaching the final. And I defeated the world champion in the semifinals. I believe I did not achieve a bad result. In any case, now I am thinking about performing in the Olympic Games with the same success. I will do what is within and beyond my powers to reach success in London, too, and to enrich our country’s medal collection.

Print    |  Հայերեն
Thank you for your comment. Your comment must be confirmed by the administration.
last news on "Interview"