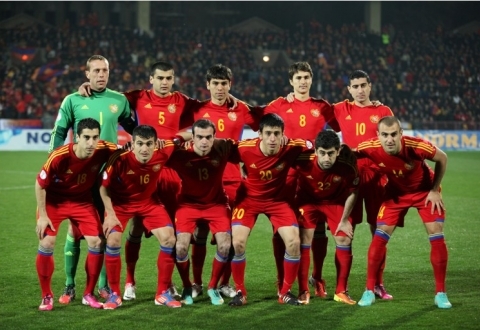 “Over the last five or six year, Armenian football has experienced notable improvements,” Inside Futbol writes.

The website reflected on the Armenian national football squad and the work carried out by former manager Vardan Minasyan.

“Much of the credit must go to coach Vardan Minasyan, who exited his post after a [2014 World Cup] qualifying campaign which saw the country in the mix to reach the group’s playoff until the final match against Italy.

“Armenian boast an interesting generation of quality players at present.

“Presently [midfielder Henrikh] Mkhitaryan is carrying the flag for Armenian football in Europe, proving himself at Borussia Dortmund [Germany].

“Yet despite the success of Mkhitaryan, it would be wrong to see Armenia as a one-man-band,” Inside Futbol writes, in particular.