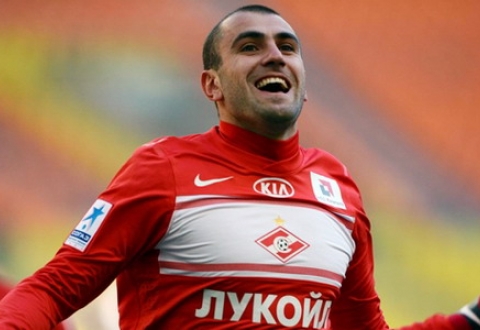 “It is difficult to say in which place Spartak would have been had it not been for Movsisyan’s goals. Yura demonstrates leadership qualities and scores goals. The forward’s statistics is impressive: 18 goals in 25 matches. “If we follow his game from the stands, we will notice that [Côte d’Ivoire international and Turkey’s Galatasaray S.K. striker] Didier Drogba likewise played with such a style. “[But] Spartak’s top scorer suffers pain since August, and there are two options: surgery, or treatment.” the website also writes.

To note, Yura Movsisyan, 26, had aggravated his knee-joint injury in Spartak’s recent game against FC Zenit Saint Petersburg. As a result, the Armenian international’s participation in his club’s last three games for this year is uncertain. Movsisyan is expected to undergo surgery in the winter break. In 2014, the current season of the Russian Premier League will resume in March.