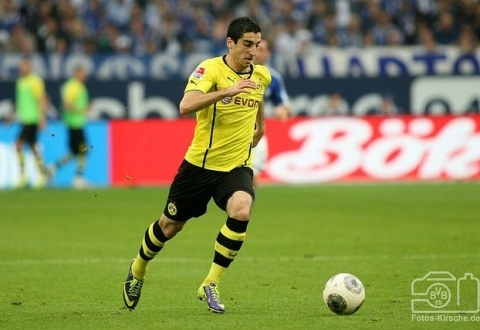 “The match against Schalke was the best one for Mkhitaryan as part of Dortmund,” writes the German Bundesliga official website.

“Henrikh was taking part in all Dortmund attacks and he achieved a win, together with the team, in his first derby. He was recognized as the MVP of the game; Henrikh received this award for the second time.

“Mkhitaryan’s fantastic crossing [with the ball and his ensuing goal assist to Polish international and Dortmund winger Jakub] Błaszczykowski is especially memorable.