Prandelli: We were not to compromise everything 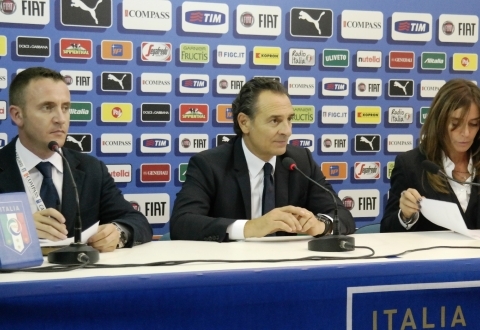 “We started really badly with an embarrassing opening 20 minutes. We started raising the tempo and from there played quite well,” said Italian national football team manager Cesare Prandelli.

The football specialist spoke about Tuesday’s last 2014 World Cup qualifier group match between Italy and Armenia, which ended in a 2-2 draw in Naples, Italy.

“Unfortunately we conceded from a corner that we gifted and were about to compromise everything.

“[But] I saw [Italy] players who never gave up and that was a positive sign. I told the lads they had to play good football and that now the World Cup campaign begins, so I’ll judge every single game.

“We qualified for the Euros and World Cup without defeat,” Football Italia quotes Prandelli as saying.

To note, after all ten rounds in the World Cup qualifiers Group B, Italy have booked their spot at Brazil 2014, with 22 points, Denmark came second, with 16 points, the Czech Republic were third, with 15 points, Bulgaria and Armenia came fourth and fifth, respectively, with 13 points, and Malta are in last place, with 3 points.