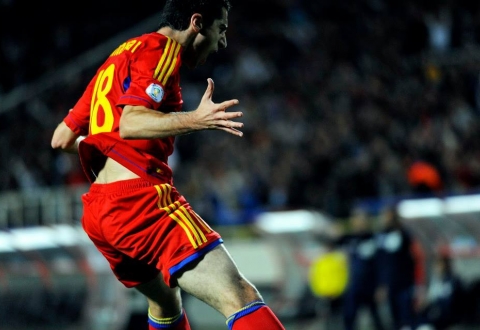 “Ready for Italy vs. Armenia. ARRACH HAYER [Armenians, forward]!!!”  Armenian national football squad and Borussia Dortmund (Germany) midfielder Henrikh Mkhitaryan wrote the aforesaid in his Facebook account, and ahead of the match between Italy and Armenia.

Armenia on Tuesday will be hosted by Italy at Stadio San Paolo in Naples, Italy, in the last group match of the 2014 World Cup qualifiers. The official kick-off of the game is at 10։45pm, Armenia time.

To note, after nine rounds in the World Cup qualifiers Group B, Italy have already booked their spot at Brazil 2014, with 21 points, Denmark and Bulgaria have 13 points, apiece, Armenia and the Czech Republic have 12 points, each, and Malta have 3 points.