Roman Berezovsky: No one except for Armenia can make it to playoffs 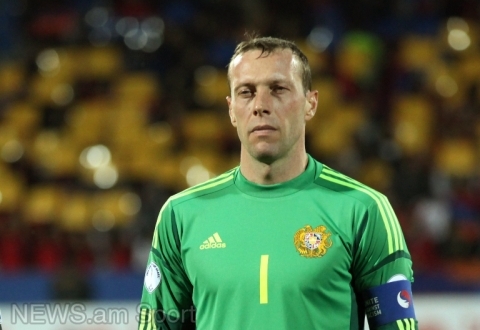 “The chances of advancing from the group were not that great [to begin with], and now they are virtually impossible,” stated Armenian national football team and Dynamo Moscow (Russia) goalkeeper Roman Berezovsky.

Berezovsky spoke about Armenia’s chances of advancing from the group stage of the 2014 World Cup qualifiers.

“A miracle needs to take place for us to be able to battle for the playoffs. It is clear that, in all likelihood, no one in our group [B] will advance except for Italy [who already have booked their spot at Brazil 2014].

“No one in the group except for us will be able to make it to the playoff stage, even if it were to become second [in the group],” Sport Express quotes Berezovsky as saying.