Bulgaria footballer: We will be careful toward Armenia’s two star players 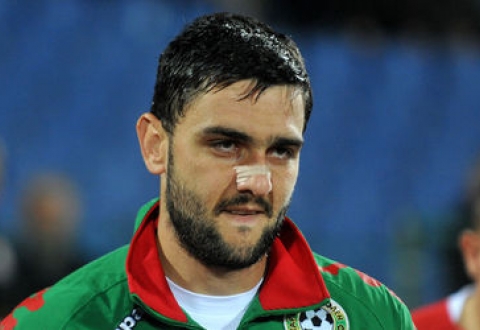 “It is unexpected that Armenia did not win points at home. [But] I hope these statistics will not change after the game with us,” stated Bulgaria national football squad and PFC Levski Sofia (Bulgaria) midfielder Vladimir Gadzhev.

He spoke about the forthcoming 2014 World Cup qualifier penultimate group match between Armenia and Bulgaria.

“The quality of the game is not a priority in such important matches; the most important thing is winning.

“We will be careful toward Armenia’s two star players; but it will be very difficult for the opponent’s defenders.

“We can advance to the playoffs, and we must do everything possible for this,” Blitz.bg quotes Gadzhev as saying.

To note, the Brazil 2014 qualifiers’ return-leg match between Armenia and Bulgaria will be held Friday in Armenia’s capital city Yerevan; the official kick-off is at 7pm, Armenia time.