Dikran Hovivian: I never stopped looking for ways to bring back Yerevan United 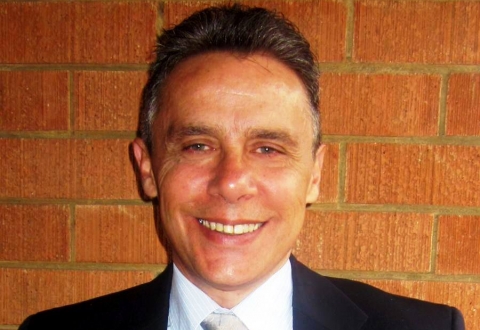 The reports that Australian-Armenian businessman Dikran Hovivian wants to resume Yerevan United club with crowd funding has recently appeared in media. The club was founded in 2005 and was later dissolved.

If you want to join in and help, go to: ‘Bring Back Yerevan United’.

In an interview with NEWS.am Sport, Mr. Hovivian told about crowd funding, the reasons for dissolving the club and willingness to attract Armenian fans to the matches of Armenian Premier League.

How did the idea of returning Yerevan United start?

Since 2005, we have been continuously receiving messages and emails from fans and supporters of the club asking us “When will Yerevan United return to Armenia’s Football?” I never stopped trying to find business partners who would join my quest to achieve that. But unfortunately, most business people have pre conceived thoughts and assumptions about conducting any business in Armenia, let alone a football business.

Recently, it was suggested to us by a good friend to try the latest innovation - crowd funding, to raise the necessary finances, which is basically a lot of people donating small amounts each and receive rewards in return for their contribution.

The team has been dissolved twice before for financial reasons, are you convinced that the third time the same will not happen?

In 2005, although we got promoted to Premier League for the following year, we were under funded and I couldn’t raise the required amount to continue.

And in 2006, with verbal promises from a few business people, I tried to return the club for 2007 season, however, before the season commenced, I realized early that we will face similar financial problems as we did in 2005, so I decided to stop pre-season preparations before it was too late and we disappoint the fans once more.

Due to these experiences, that is why we are not returning the team unless it is fully funded. According to our business plan it will take two to three years and the amount of money specified in our campaign, until the club is financially self sufficient and ultimately profitable, and then it can support itself.

This campaign, like all crowd funding campaigns, is time limited, so when we reach our target amount and the campaign is finished, we will not be asking for any further donations.

Has Yerevan United only had financial problems?

Yerevan United has no other issues except financial. Everyone experienced the excitement and the results in 2005. Finance was the only reason we pulled the team out. The Football Federation of Armenia was very welcoming and happy to see us there. We had very dedicated and loyal coaching staff and players. We created a large number of fans in Armenia as well as the Diaspora.

Football in Armenia of course is advancing to a higher standard. Does restarting the team have any connection with that?

No. Since 2005 I have never stopped looking for ways to bring back Yerevan United. The last eight years, no one, except my family and a few close friends, know how hard I have been trying to find a partner to do this. The potential that Armenia’s football has is enormous. Armenians love football, however, the domestic championship has a lot less following than what it could have.

In 2005 my plan was, and still is today, that the first area needed to be improved in Armenia’s football is filling up our stadiums during local games, and that will be achieved by giving people a good reason why they should attend games and support their chosen team. Football is not just 22 players on the field battling with the ball. Look around the world, besides the football match, each game is presented with entertainment, celebration, excitement and fun for young and old. I believe we can achieve this in Armenia.

Late in 2004, when I was in Yerevan establishing the team, most people in Armenia who heard my plans, told me “these things don’t work here, there is no football here, don’t waste your time…” and in 2005 we proved that it can be done in Armenia. At the time when only a few hundred people attended Premier League matches, Yerevan United playing in first league,  attracted well over 7,000 people to our opening match at Vazgen Sargsyan’s ‘Republican’ Stadium.

A stadium full of fans creates excitement for the players and it inspires them to play a much higher standard of football. As one of the oldest nations on earth, we Armenians must believe that not only can we do what others are doing, but we can do it better and bigger than them, we just need to believe that and have faith.

No one can imagine a Barcelona and Real Madrid football match with only a few hundred people at the game, those big name stars can not perform the way they do without the inspiration of the thousands of loyal fans behind them.

Do you think your project will succeed?

If each and every one who wants to see Yerevan United return to Armenia’s football, bigger and better than before, helps with a small donation, anything from $1 to as much as an individual can afford, then, yes, I believe it will succeed.  The important thing to remember is what crowd funding is – a lot of people donating a little each. This is their opportunity to help make a difference and become a part of something special, that can and will change football in Armenia in a positive way, forever.

What do you say about the current Armenia National Team?

Our National Football Team is every Armenian’s pride. We all expect them to reach great heights. Their results, especially the last two years, has forced most countries take the Armenia National Team seriously. The Football Federation of Armenia, headed by Mr Ruben Hayrapetyan, has done a fantastic job. Now we have stars like Henrikh Mkhitaryan, Yura Movsisyan, Araz and many more, whom our youth players can be inspired by, and want to be like those stars.