We feared the match with Czech Rep. was cursed – Chiellini 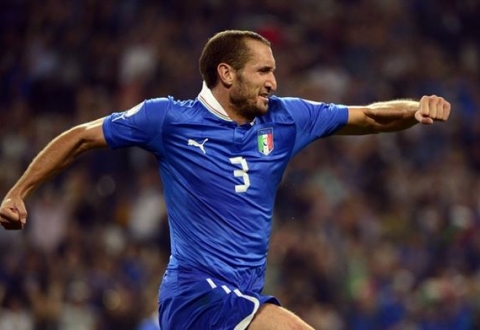 “The Coach just told Balotelli to relax, as we knew he’d score sooner or later. He is a decisive player and we saw that again tonight,” stated Italian national football team and Juventus defender Giorgio Chiellini.

The Italian international commented on the Azzurri’s 2-1 win over the Czech Republic in Tuesday’s 2014 World Cup qualifier match.

“He [i.e., Balotelli] will probably never miss those chances again in his career! It was strange to see him miss, so we were starting to fear it was a cursed game, but we started out strong in the second half because we wanted this celebration at all costs tonight,” Football Italia quotes Chiellini as saying.

To note, Italy were behind after the first half in the match, but they managed to win in the end.