Morten Olsen: It was not only about luck, we played better 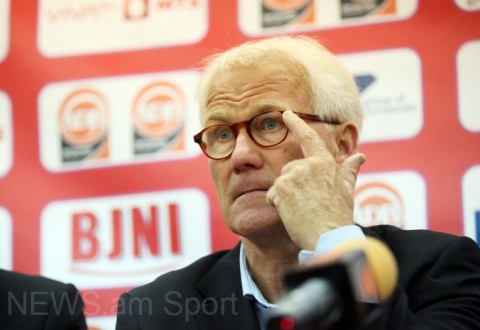 “Congratulations to my players. They were controlling the game from the very beginning,” he said after his team’s 1-0 win in Yerevan.

“I do not know who will qualify from Group B. We have two games to win.”

Olsen noted he does not believe that it was only about luck. “We played better,” he emphasized.

Armenia suffered home defeat from Denmark in their Group B match in Yerevan.