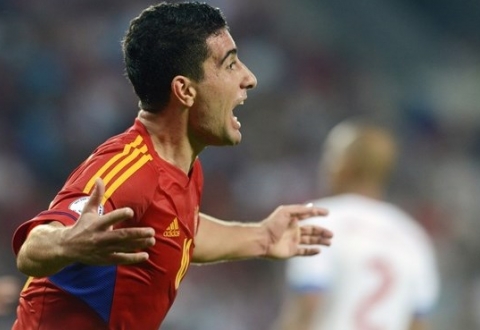 Following the Armenian national football team’s 2-1 win over the Czech Republic in the 2014 World Cup qualifier match on Friday in Prague, Sport.co.uk assessed the prospects of the squad.

It advised not to miss the opportunity to watch Armenia’s games.

“Also worth noting is Henrikh Mkhitaryan’s current goalscoring tally. He sits just one goal away from becoming Armenia’s leading goalscorer. These next few months will be very important for [Germany’s Borussia] Dortmund newest midfielder, and though his performance against the Czech Republic was strong, he’ll need to double his efforts in order to take down the likes of Denmark or even Italy.

“If Armenia do manage to sneak into the second spot in Group B, the path to the World Cup in Brazil does get a little closer, but it won’t be any easier. However, if this kind of play continues, Armenia may be a team to watch. They’ve certainly turned heads this year with solid performances against mightier foes. Defensively, Armenia still needs to improve, and while the forwards continue to produce goalscoring chances, being a little more clinical in front of net is key for any future success,” Sport.co.uk  reports.

To note, in their next World Cup qualifier game, Armenia will play host to Denmark on September 10.

At present, Armenia, Bulgaria, the Czech Republic, and Denmark have equal chances for the second spot—behind Italy—in Group B, and in the knockout phase.