Michal Bilek: We lost to a stronger opponent 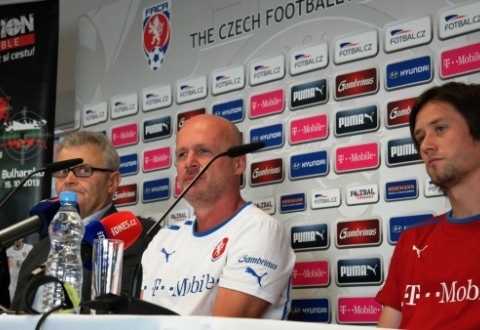 PRAGUE. – Michal Bilek said the Czech team did everything, but Armenia players were two fast and helped their team win three points.

The Czech national’s manager could not hide his disappointment speaking about the last goal which arrived in the 92nd minute.

“Now we have to win other games, including that against Italy,” he said after the 2-1 defeat from Armenia.

Speaking about Armenian national, Bilek admitted they “lost to a stronger opponent.”

“We were close the victory after the first missed goal, but we missed several opportunities and were punished,” the coach added.

NEWS.am Sport, in assistance with the Vivaro bookmaking agency, is covering the Czech Rep. vs. Armenia match-related developments directly from Prague.