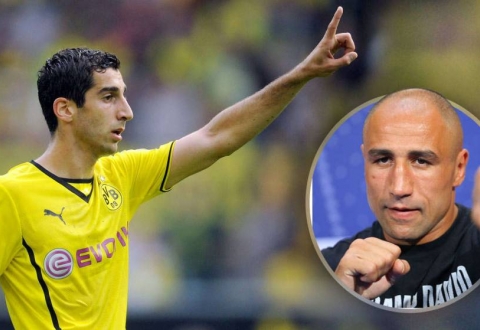 German Bild has interviewed Henrikh Mkhitaryan and Arthur Abraham, two Armenians who are now living and working in Germany.

“He is a national hero. And he still has a huge potential. Dortmund must be happy. Henrikh will be the second Messi,” Abraham said.

Asked about Germany, Mkhitaryan said the food is still not his thing, but beer is excellent.

“I am trying to control my weight,” he said commenting on a remark that Arthur Abraham has problems ahead of fights.

Mkhitaryan said he is taking German lessons three times a week. Abraham noted that he would not have problems with German, as he already speaks five languages.

Print    |  Հայերեն  |  На русском
Thank you for your comment. Your comment must be confirmed by the administration.
last news on "Henrikh Mkhitaryan transfer"