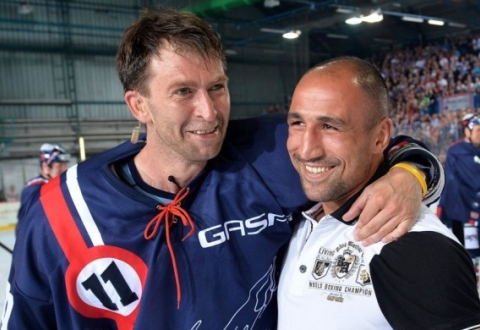 During the game a humorous fight took place between Felski, and Alex Barta and Christoph Ullmann, two players from the opposing team.

At that moment Abraham entered the skating rink, and “Barta and Ullmann felt how a truck hit them,” Berlin Kurier reports.

To note, the Armenian boxer is training for his bout with Wilberforce Shihepo (20-6, 15KOs) of Namibia. The fight will take place on August 24 in Germany.