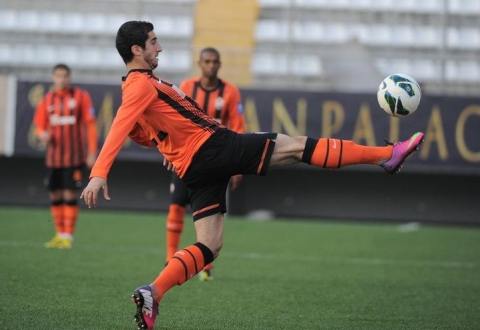 Shakhtar Dontesk and Armenian national’s midfielder Henrikh Mkhitaryan has appeared in his 100th match of the Ukrainian championship.

In 21st round of Ukraine’s championship Shakhtar faces Chernomorets. Shakhtar is leading 1-0 after the first half.

Mkhitaryan played his first match for Shakhtar back in 2009. He has appeared in 63 matches for Shakhtar.

Print    |  Հայերեն  |  На русском
Thank you for your comment. Your comment must be confirmed by the administration.
last news on "Football - Ukrainian Premier League"
Total votes (13)