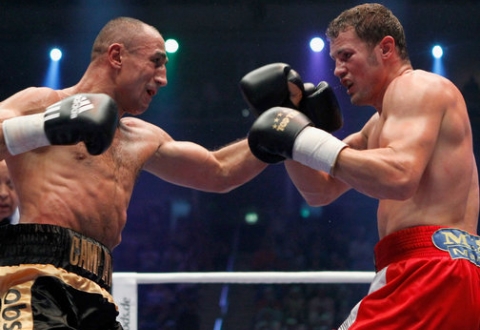 “Robert Stieglitz has not yet seen the best version of Arthur Abraham,” said WBO Super Middleweight Champion, Armenian boxer Arthur Abraham (36-3, 28 KOs). The champion spoke about his rematch against Stieglitz, which is slated for March 23 in Magdeburg, Germany, Vringe.com reports.

“But he [that is, Robert Stieglitz] already showed all his capabilities. I have a message for him: Be careful because our rematch will be more difficult than the first bout! I’m not [just] training hard, I’m simply torturing myself at the gym, and I like it.

I already beat Robert once and, based on that, I can say I can repeat the past. He can’t fight in any other way, but I do not underestimate him. Stieglitz did not become world champion just like that; he successfully defended his title several times, until I stripped off the title from him. [But] he still has ambitions and a desire to beat me,” Arthur Abraham stated in particular.