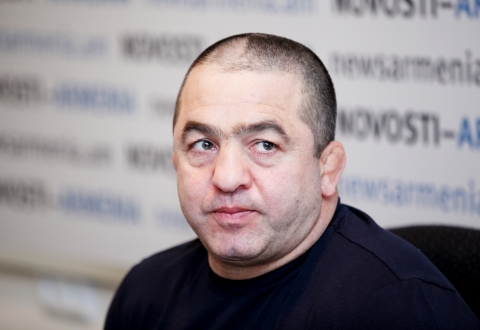 YEREVAN.- It’s nice that  recommendation to eliminate wrestling from the Olympic program got a wide response in Armenia.

It is a pity that the International Olympic Committee may make that decision, Armenia’s chief coach of wrestling team Levon Julfalakyan told reporters.

The IOC Executive Board in fact excluded wrestling from the sports to be presented at the 2020 Olympics.

“Wrestling has an army of fans. It is a pity that people do not think that they are creating a huge problem for the world. I am sure that this is just someone’s personal desire. I believe that the representatives of other sports, National Olympic Committee, the Ministry of Sports must support wrestlers,” he said.

Julfalakyan said he would not lose his job if the decision is made, but many good wrestlers all over the globe will be deprived of the future in sport.

“I think that the IOC, by constantly changing the rules in this sport, caused great damage to the wrestling. IOC decision is a betrayal against wrestling,” he emphasized.