I have no intention to be Sport Minister - Yuri Vardanyan 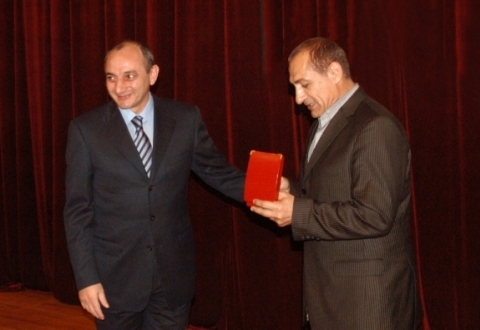 YEREVAN.- Sport Advisor to the President of Armenia, the Olympic weightlifting champion Yuri Vardanyan said that he does not intend to become the minister of sport in Armenia and he refutes this information. In an interview with Armenian News-NEWS.am he said it is possible, but at the moment he has no such plans.

On Saturday local press reported that the Armenian President’s Advisor, Olympic weightlifting champion Yuri Vardanyan will become the Minister of Sports soon after the elections.

He advised not to pay attention to the media and not to trust press reports.

“I have been in a state of shock since morning. My friends call me and ask if I really have become the minister. Moreover, that these are people who are familiar with my position on the issue. I cannot understand the reason for such reports. These rumors are untrue. I do not deny the fact that I am a person close to sport but I refute this information. Ministers are appointed by the president, the prime minister,” he emphasized.

“If I had become a sports minister, I would completely change the entire sport system in Armenia,” he concluded.