Arthur Abraham thanks his fans 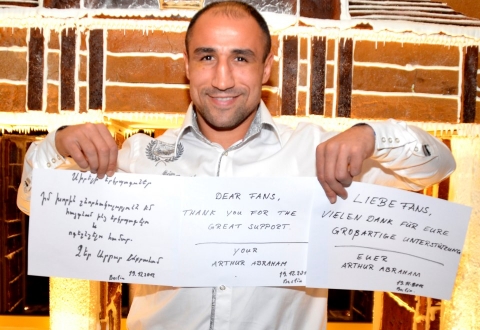 WBO Super Middleweight Champion Arthur Abraham extended his appreciation to his fans for supporting him.  Abraham posted his photograph with a thank-you note on his Facebook page.

“Dear fans, I express my deepest gratitude to you for supporting and inspiring me. Your, Arthur Abraham,” he wrote on the photo.

To note, Abraham defended his WBO belt—which he had won from Germany’s Robert Stieglitz—for the first time, and against Frenchman Mehdi Bouadla, on December 15 in Nürnberg, Germany. Abraham defeated Bouadla in the eighth round by TKO.

And the Arthur Abraham vs. Robert Stieglitz return bout is scheduled for April 6, 2013.