Arthur Abraham unwilling to disclose much ahead of fight against Wilczewski 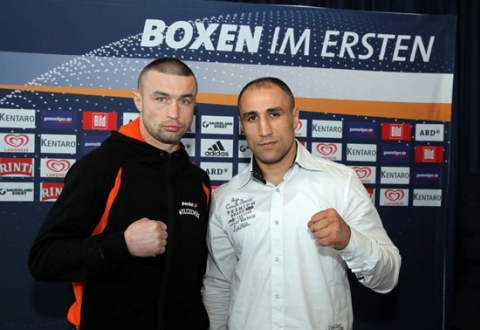 Arthur Abraham will fight against Polish boxer Piotr Wilczewski on March 31 in Kiel, Germany. NEWS.am Sport correspondent interviewed Abraham prior to the fight.

Abraham’s trainings passed as he had planned. Currently he is Germany to prepeare for the match.

“I am in a good shape. I am preparing as it was planned previously,” he said.

Abraham does not underestimate his opponent and characterizes him as a ‘tough’ boxer who is always in a good physical shape and has heavy blows.

“I do not want to unveil al the secrets of my preparation to the bout. Wilczewski has a heavy blow and I should do everything not to give him a chance to attack,” Abraham said.

At the same time, Abraham will pass to attack immediately and will not lose time to study the opponent.

Summing up, Arthur Abraham wished good luck all his fans and people who are supporting him.