Serie A best player of month 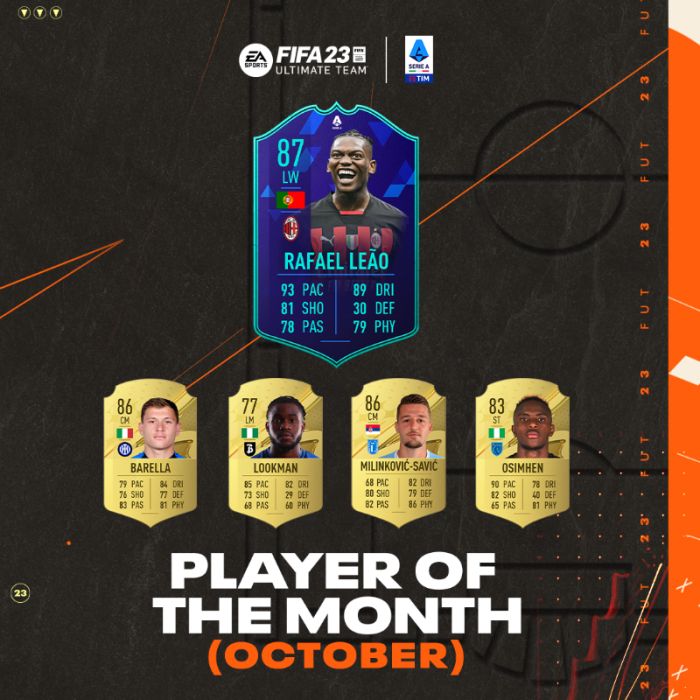 Milan Milan's champion Portuguese forward Rafael Leão has been declared Italy's best player of the championship in October, according to the Serie A press service.

After 14 rounds, AC Milan are in third place with 30 points. Lazio are in second place with the same number of points. Napoli are in the lead with 38 points.