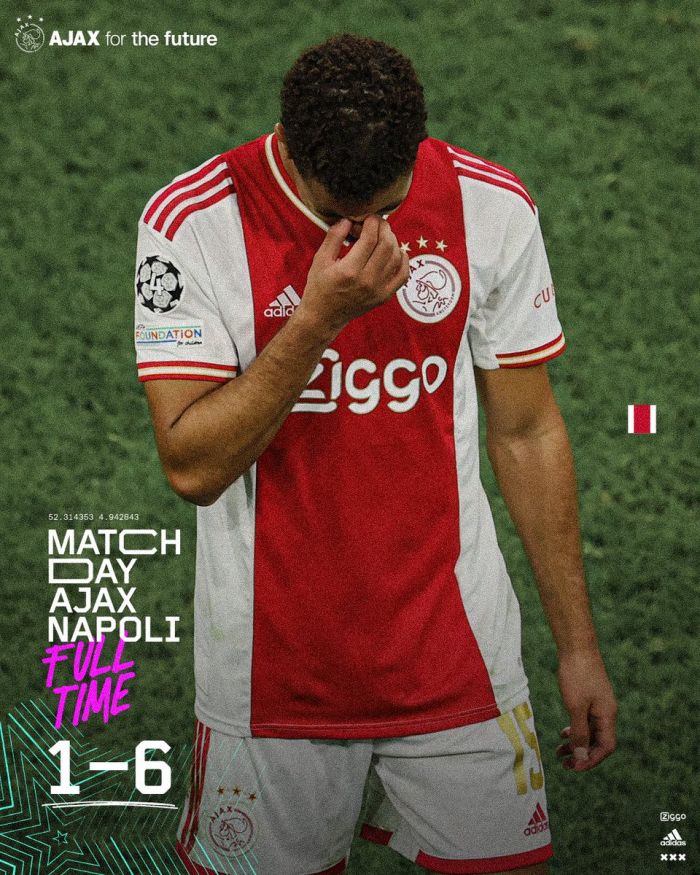 Dutch champion Ajax suffered their worst defeat in 58 years. In the third round of the Champions League the Dutch club lost to Italian Napoli 1-6.

Ajax are in third place in the Champions League with three points in Group A. Napoli are in the lead with nine points. Liverpool are in second place with six points.