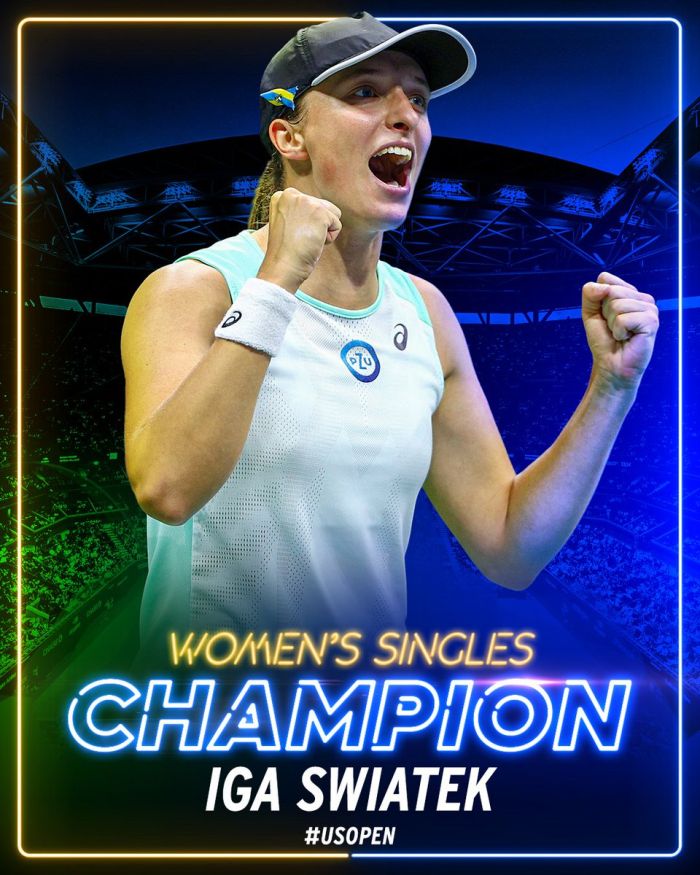 In the final, the world's first ranked player competed with the world's 5th ranked player, Ons Jaber from Tunisia, and won in two sets 6-2, 7-6 (7-5). The fight lasted 1 hour and 45 minutes.

Swiatek won the US Open title for the first time and will receive $2.6 million in prize money and 2,000 ranking points.

Swiatek is the first Polish representative to win this title.

History once again for Poland! pic.twitter.com/ILLPPDIa5H

Iga Swiatek is racking up the Grand Slam trophies. pic.twitter.com/s1c9259Dpa