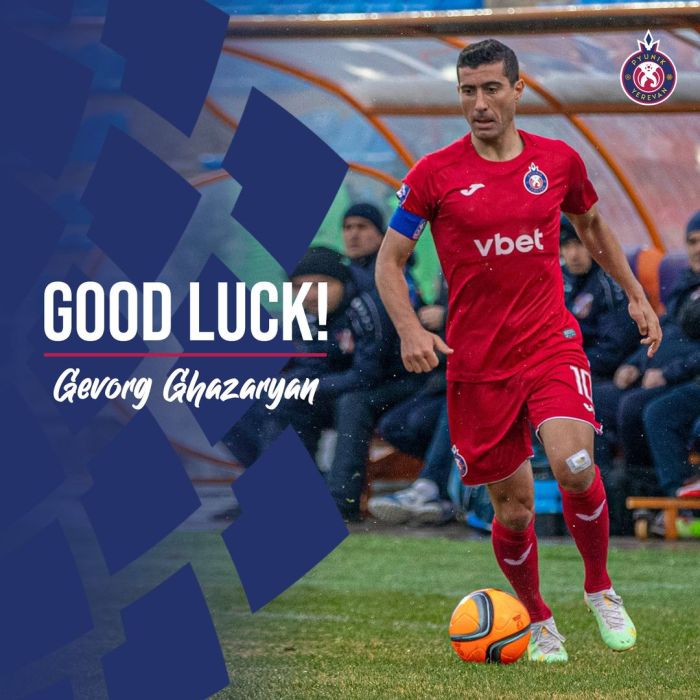 The contract with the player was terminated by mutual consent.

Gevorg Ghazaryan returned to Pyunik last summer after a 10-year break, and was the team captain. The 34-year-old footballer played 17 matches for Pyunik and scored 3 goals.

Pyunik thanked Gevorg Ghazaryan for his professionalism and especially for his great contribution to the team's victory in the previous season and wished him good luck in his future career.