Levon Aghasyan: My desire to win this time in Turkey was twice as high 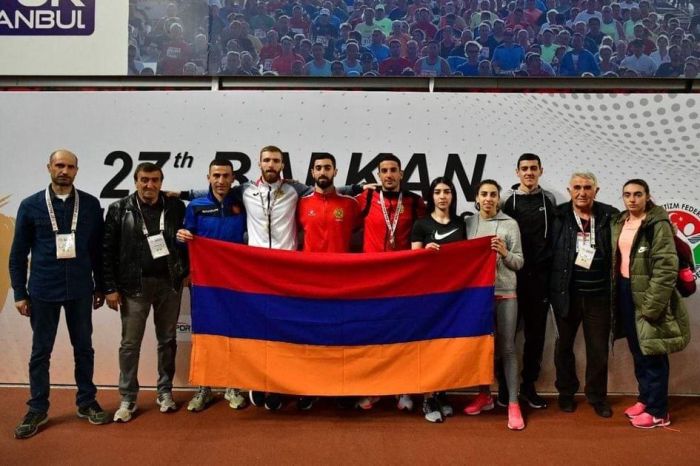 "For the first time I had a different feeling during the competition in Turkey. I am very happy for this victory." Armenia's leading triple jumper Levon Aghasyan told NEWS.am that he won the triple jump at the Balkan Championships in Istanbul on Saturday. He recorded a result of 16m 26cm. It was Kapan's first triple jump competition of the year.

"I'm not very unhappy with my competition. I'm in good shape. I will improve it even more before the world championships. At the Turkish tournament I did long jumps, but I jumped more than allowed and as a result they didn't register. I can definitely say that I did well in the first competition of the season.

"I've said many times that it doesn't matter to me where I compete. I didn't have that feeling this time because it was the first time since the 2020 war that our team was competing in a big tournament in Turkey.

"My desire to do well and win this time was doubled. I was very happy with this victory and was even happier when our fans were enthusiastic and positive.

"We returned from Turkey today. We will continue the training phase at the same pace and prepare for the World Championship, which will be held on March 18-20 in the Serbian capital of Belgrade," said Levon Aghasyan.

The Winter World Championships (gym) will be held March 18-20 in Belgrade, Serbia.