UEFA Euro 2020: Arnautovic banned for one game for 'insulting another player' 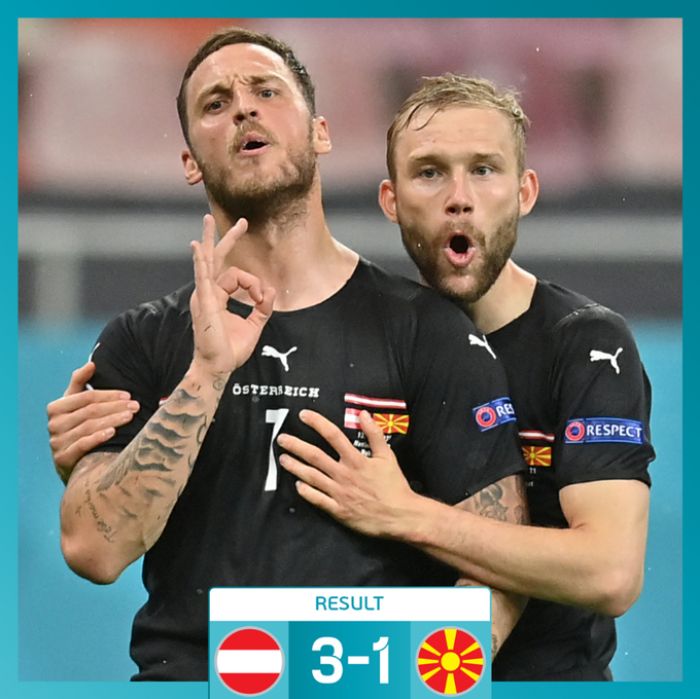 UEFA has banned forward for the Austria national team Marco Arnautovic for one game of Euro 2020 for ‘insulting another player’ during Austria’s victory over North Macedonia, UEFA’s press service reports.

After scoring a goal, Arnautovic, who is of Serbian origin, ran to the tribunal and swore at the Albanians. Albanians Egzon Bejtullai and Ezgjan Alioski are playing on the North Macedonia team.

On June 15, Arnautovic apologized on his Instagram, noting that he has nothing to do with politics.

In the second round, the Austria national team will face the Netherlands in Amsterdam on June 17.