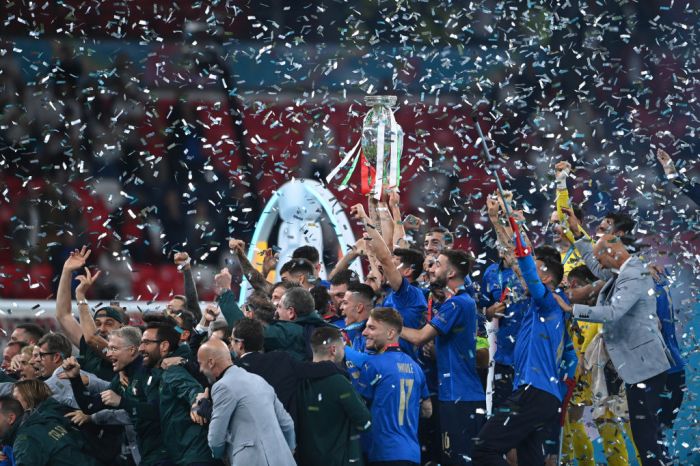 Thousands of fans in Rome met the European champion, the Italian national team.

For the first time, Italians won the Euro in 1968.

After beating England in the UEFA Euro 2020 final, Italy expanded the unbeaten streak to 34 games, improving the national record.

The Champions of Europe have arrived back in #Rome #VivoAzzurro #EURO2020 pic.twitter.com/ZmDqUEhhya