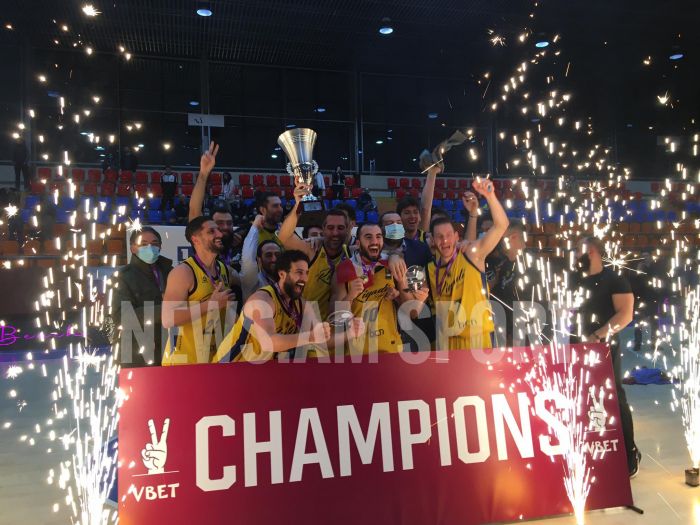 The third season of the Eurasian League Basketball, which was held in Yerevan, ended with the victory of Lebanon’s multiple champion Al Riyadi.

During the final, Armenia’s Vahagni City team was defeated by one point (75-76), NEWS.am Sport’s correspondent reported from the former Mika sport palace.

The Armenian team was passive during the first quarter. In the beginning, Al Riyadi scored the first goal and continued with an advantage. In the first minutes, Lebanon’s team suffered a loss after one of the players received an injury. During the second quarter, Vahagni City played more actively, but wasn’t able to come close to the competitor. After the second quarter, the teams went to rest, and the score was 44:37. During the third quarter, the Armenian team made a real ‘comeback’ and moved forward with one point three minutes before the end of the quarter. However, the fans’ joy was short-lived since Al Riyadi tied the score and moved forward, and the third quarter ended with the score 56-57. During the fourth quarter, both teams were going after each other with one point. Until the last seconds, Armenia’s team was winning 75-73, but the opponent’s 3-meter kick didn’t let Vahagni City win.

There were five teams that were participating in the Eurasian League, including the teams from Armenia, Russia and Lebanon. The Dvin team also represented Armenia and was in third place.