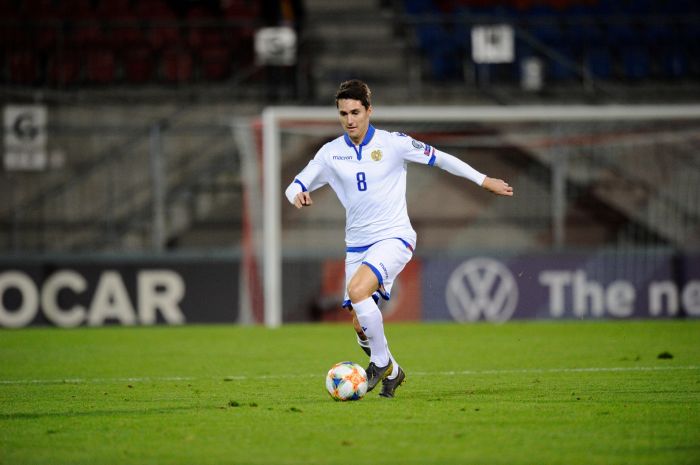 Pizzelli said that he is very happy to have the opportunity to be involved in Armenian football again.

According to him, he will do his best to return Armenia everything that that country has given him, and he will represent Armenia at various events.

Besides, he needs to establish closer connections with the Armenian Diaspora in South America, and maybe he will be able to find new players who will join the Armenian national football team in the future.

Pizzeli added that he has a great desire to learn and that the Football Federation of Armenia will support him in that and he will try to contribute to the development of Armenian football.

President of Football Federation of Armenia Armen Melikbekyan referred to Pizzelli's appointment saying that they had announced the appointment of Yura Movsisyan as Football Federation of Armenia Ambassador in North America, but now they decided that one of the most famous football players, Marcos Pizzelli, will perform similar functions in South America. They continue to adhere to their adopted policy and it is very important for them that the players who have made a great contribution to the Armenian national football team continue to be involved in Armenian football, to use their experience and knowledge to develop Armenian football, the President added.

The President of the Football Federation of Armenia concluded that South America is a very important region for them and there are a large number of Armenian communities, with many young people playing football. And the President is sure that Marcos Pizzelli is the person who can find Armenian football players who can join the Armenian national football teams of different ages.

Marcos Pizzelli ended his career in January last year due to an injury. In the Armenian national football team, he scored 11 goals in 68 appearances.