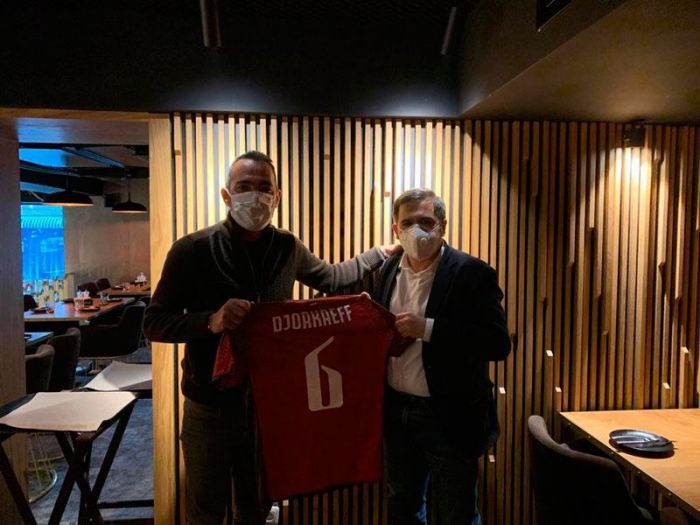 YEREVAN. – President of the Football Federation of Armenia (FFA), Armen Melikbekyan, on Tuesday met with renowned retired French Armenian footballer Youri Djorkaeff, who is a World Cup 1998 and Euro 2000 champion with France, and CEO of FIFA Foundation, the FFA reported.

Youri Djorkaeff’s brother Denis Djorkaeff, who is the deputy mayor of Decines, France, and adviser to the FFA President on international affairs, also attended the meeting. They discussed the prospects for further cooperation between the FFA and FIFA Foundation and for the development of Armenian football.

Subsequently, Melikbekyan presented an Armenian national team No. 6 jersey to Youri Djorkaeff and a No. 10 jersey to Denis Djorkaeff.