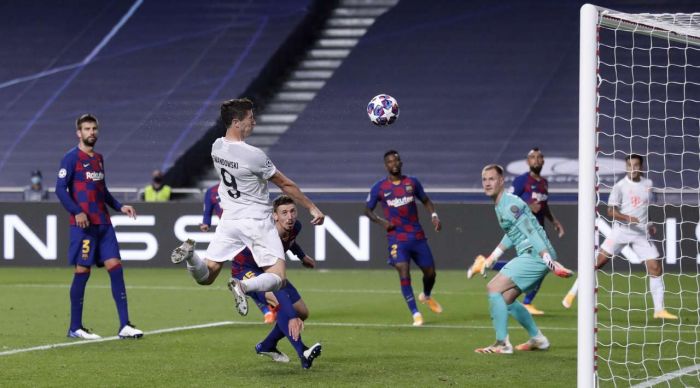 In the quarterfinals of the Champions League, Bayern Munich played against Barcelona in the Portuguese capital city Lisbon, and defeated their opponents 8-2.

For the first time in their history, Barca conceded 4 goals in the first half of a Champions League match, and 8 goals by the end of a European cup match.

In the semifinals, Bayern Munich will face with the winner of the quarterfinal clash between Manchester City and Lyon.