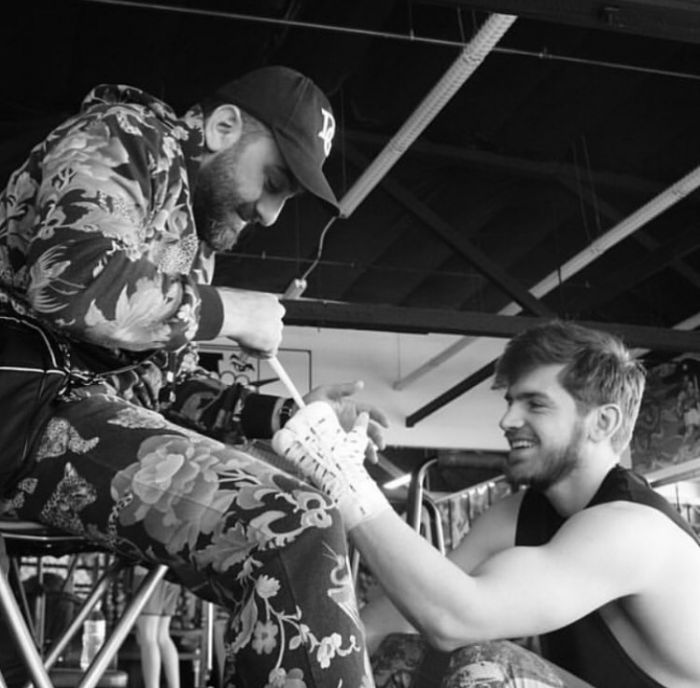 A 20-year-old UFC employee was fired for allowing Edmen Shahbazyan to enter octagon with the Artsakh flag.

Turkish and Azerbaijani embassies in different countries got what they wanted, Edmond Tarverdyan, UFC fighter's trainer, manager, head of the Glendale Fighting Club in the US told NEWS.am Sport.

Edmen Shahbazyan, who entered the octagon with the Artsakh flag at the UFC Fight Night 173 in Las Vegas on August 2, was slammed by the Turkish and Azerbaijani embassies in some countries.

According to Tarverdyan, he got a call from the UFC on August 4.

"Last year the UFC was sold to big Chinese companies and everything changed there...There are changes in the management of the organization, people with big names are in charge of this organization. I was called and informed that the Turkish embassy in Russia and Turkey had complained about the Artsakh flag and said that the Armenians were "terrorists" and had no right to go to the octagon with the Artsakh flag. There were also complaints from the Azerbaijani embassies in Turkey and Russia," he noted.

"As of August 5, we were not penalized. During the phone call, I said that we are trying to show that we stand by our country, we represent Armenia, in this way we present our complaint about the recent tense situation in Tavush and that Artsakh is our country, Armenians live there. and we must defend our nation. The goal of our team in the United States is to represent the Armenians, the Armenian nation, our country in all major tournaments," he added. "Edman's coming out of the octagon with the flag of Artsakh had exactly that mission."

According to UFC head Dana White, the UFC has decided to fire its 20-year-old employee, who was responsible for the athletes' uniform and a flag they would carry.

"The big fights in the UFC are sponsored by Reebok. Athletes are required to enter the Octagon only with the Reebok brand and logo," Tarverdyan noted.

"We were deprived of Reebok funding as a penalty," he said. "It is a pity, but the Azerbaijani and Turkish embassies achieved their goal. I want everyone to know about this. I'm sorry the UFC staff suffered because of us. There was no such thing as harming the UFC. I do not feel bad about the financial penalty, I feel even worse that someone else suffered because of us."

"I apologized to the head of the UFC, we were not careful, we did not know and did not want to create any problems for them, we did not have a personal problem with anyone."