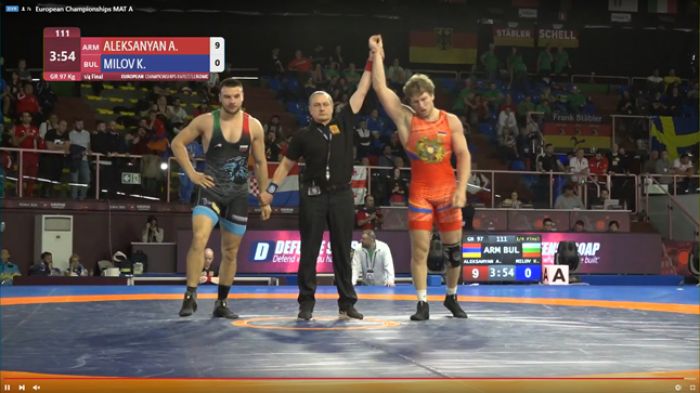 Olympic champion, world multiple and European four-time champion and champion of the European Games Artur Aleksanyan beat Bulgarian wrestler Kiril Milov in two minutes and made it to the semi-final.

In the quarter final for 97 kg category wrestlers, in the first stage of the match, the referee gave Aleksanyan the opportunity to work from the bottom, and Aleksanyan made the score 9-0 with 4 consecutive rolls.

In the semi-final, Aleksanyan’s opponent will be Finnish wrestler Mati Kuosmaneni.

Aleksanyan had started from the 1/8 final during which he beat Turkish wrestler Cenk Ildem 7-1.