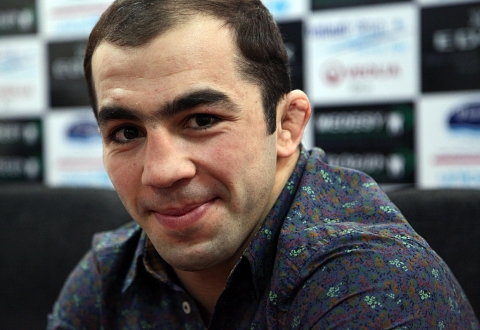 YEREVAN. – Referee mistakes were universal at the European Championship this year. Either the referees did not know the rules, or they just wanted to form false opinions about the athletes prior to the Olympic Games, wrestler Arsen Julfalakyan said at a press conference on Wednesday.

His remarks came after the European Greco-Roman wrestling Championships held in Belgrade.

Julfalakyan, who won a bronze medal in the category of 74 kg, characterized the competitions in Serbia as ‘unprecedented’ regarding referee mistakes.

“There were many mistakes this year. There are several months left for the Olympic Games and the referees either did not know the rules, or they just wanted to foer false opinions on the athletes prior to the Games. Our team performed very well. To note, European Championship is a very hard one,” Julfalakyan said.

Another Armenian wrestler Roman Amoyan, who has been disqualified, also should have been present at the conference, however, chief coach of Armenia’s Greco-Roman wrestling team Levon Julfalakyan said Amoyan was in a bad mood and did not want to come.