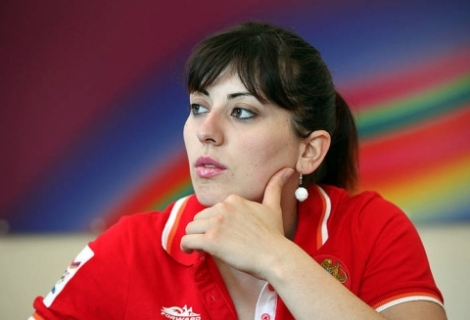 First of Armenia’s two athletes, who represent the country at the 14th Paralympic Games being held in London from Wednesday to September 9, competed on Saturday.

Weightlifter Greta Vardanyan competed in the women’s 48-kg category. She lifted a total of 82 kilograms, in both lift categories, and recorded the lowest result. But Greta became the penultimate—that is, seventh—since the lifter representing South Korea did not compete.

As Armenian News-NEWS.am informed earlier, Armenia is represented in London 2012 Paralympics by weightlifter Greta Vardanyan and swimmer Margarita Hovakimyan. And Margarita will launch her Paralympics campaign on September 5, and at the 100 meter women’s breaststroke.