We must do everything to not get ashamed in Turkey 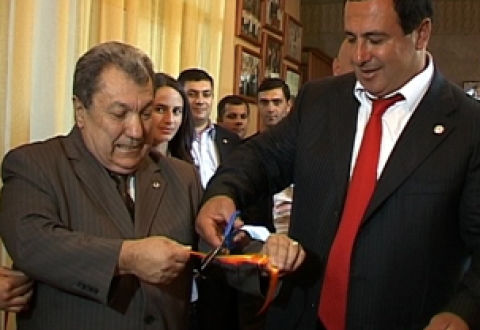 9 out of 12 Armenian boxers became prize winners during the amateur boxing championships in Sofia and Helsinki. In Armenia’s national team only 75 kg Andranik Hakobyan has acquired a ticket for the Olympic Games in London. Currently Armenian boxers are preparing for the tournament in Trabzon, Turkey (April 13), which will be the last rating tournament for the Olympic Games.

Mr. Gabrielyan will you summarize the tournaments of Helsinki and Sofia?

I was only present at Sofia and it was a rather hard tournament. Armenian athletes fought against strong opponents. We had successful performances, for example 41 kg Hovhannes Danielyan lost only after 2 matches. We were also successful in Helsinki. We shall be able to give an exact assessment after the tournament in Trabzon.

As it was decided earlier Armenia’s National Team would be made up after the tournaments of Helsinki and Sofia. Who will join the team and what changes will take place?

Another gathering will take place. The list of possible participants of the Trabzon tournament has been published but there are weight categories which have not been decided upon yet. No one will be chosen on personal sympathy. Every athlete must prepare properly. We must do everything to not get ashamed in Turkey.

How many Olympic participants does the federation hope for?

What if Andranik Hakobyan were to participate alone…

The chance of winning a medal is big. He has experience. We connect great hopes with him. I think European bronze medal winner Arthur Khachatryan, 71 kg category, will also participate in the Olympic Games.

You are leaving for a country where you are not wished to be seen. What will you do in case of noticing biased judgment in this important tournament? Are you not afraid of such situations?

There are biased referees in every tournament. Setting our patriotism aside, the athlete and coach must first of all follow the code. We shall be strong if we prove the mistake of the referees legally. In many cases due to the emotional outbursts of our athletes we find ourselves in the position of apologizing. Everything must be done for the benefit of the country and the athlete.