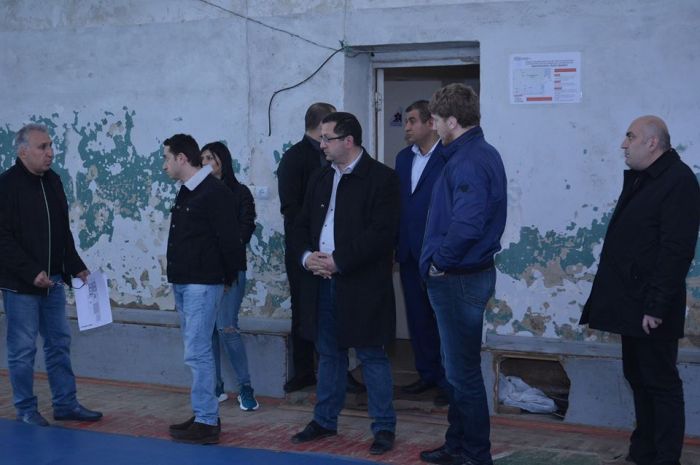 Along with the school’s director, Artur Aleksanyan’s personal coach Gevorg Aleksanyan and Olympic champion, multiple world champion and four-time European champion Artur Aleksanyan, we toured the sport school where we were introduced to the conditions for training and considered the options for the school’s capital renovation and the current issues in the field of wrestling.

Despite the poor conditions, this sport school, the students of which have become heroes in Gyumri, continues to operate and train new champions thanks to the unconditional dedication of the coaches and athletes and their indescribable efforts,” Mkhitar Hayrapetyan wrote on his Facebook page.