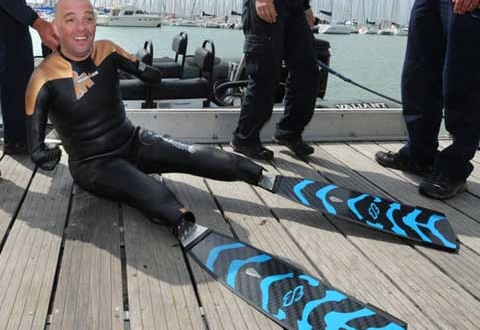 Frenchman Philippe Croizon, who lost his limbs in an accident, swam across the waters that connect the world’s five continents, and thus he symbolized global unity, BBC reports.
Croizon, who uses prosthetic limbs with flippers attached, swam across the Bering Strait—which joins Asia and the Americas—, he reached Indonesia from Papua New Guinea, swam from Asia to Africa—through the Red Sea—and reached Europe from Africa—by way of the Strait of Gibraltar.
I