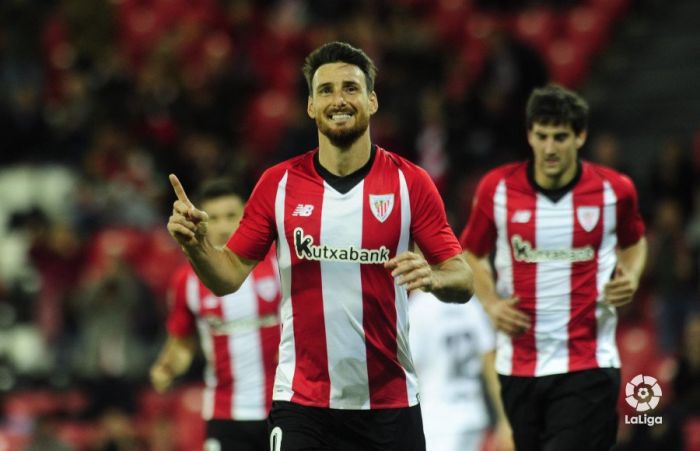 Athletic Bilbao forward Aritz Aduriz has repeated an impressive accomplishment by netting a goal in their Spanish LaLiga match against Girona.

Accordingly, the 37-year-old footballer has scored in each of his last 14 seasons in LaLiga, and, in doing so, he has joined the ranks of Barcelona’s Argentine forward Lionel Messi and Real Madrid’s Spanish defender Sergio Ramos, Opta reported.

Aduriz has netted one goal in ten appearances so far in the current season of LaLiga.