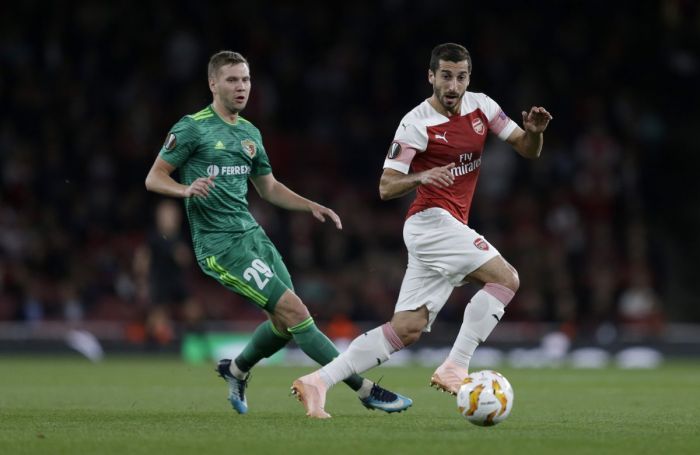 Arsenal played host to Vorskla in their UEFA Europa League group stage opener, and they beat their guests by a score of 4-2 (VIDEO).

Armenia captain and midfielder Henrikh Mkhitaryan was among the Arsenal starters, and he made two assists for his club.

Mkhitaryan played the entire match, and, also, he started the attack which brought about the first goal of the Gunners.