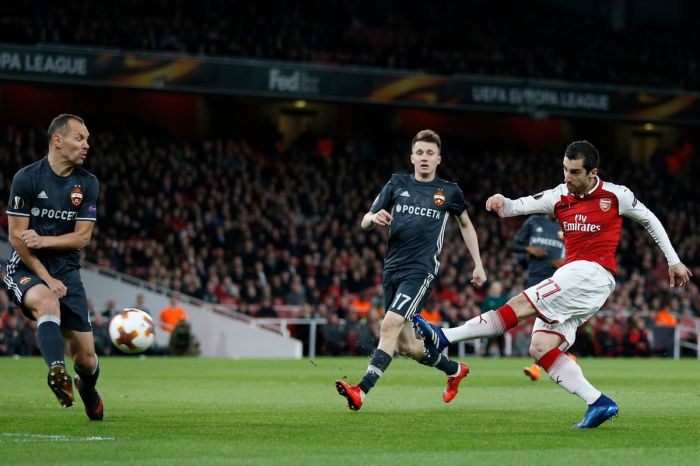 Arsenal’s passage to the semi finals of the Europa League looks likely to be a smooth one after Aaron Ramsey and Alexandre Lacazette both scored twice in a 4-1 dismantling of CSKA Moscow at the Emirates Stadium.