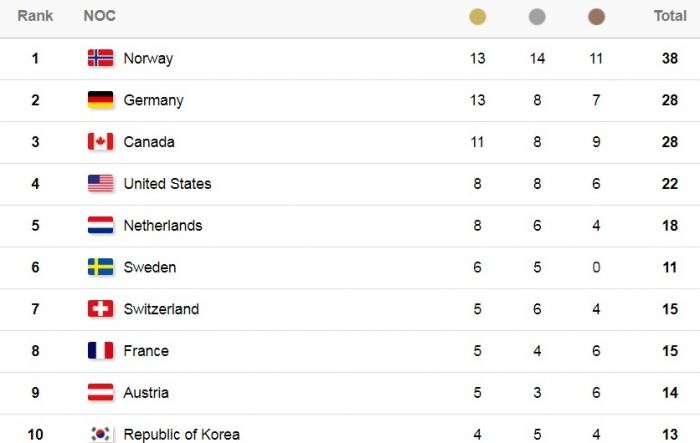 The United States set a record back in 2010 wining 37 medals during the Vancouver Games.

Print    |  Հայերեն
Thank you for your comment. Your comment must be confirmed by the administration.
last news on "PyeongChang 2018"
Total votes (13)