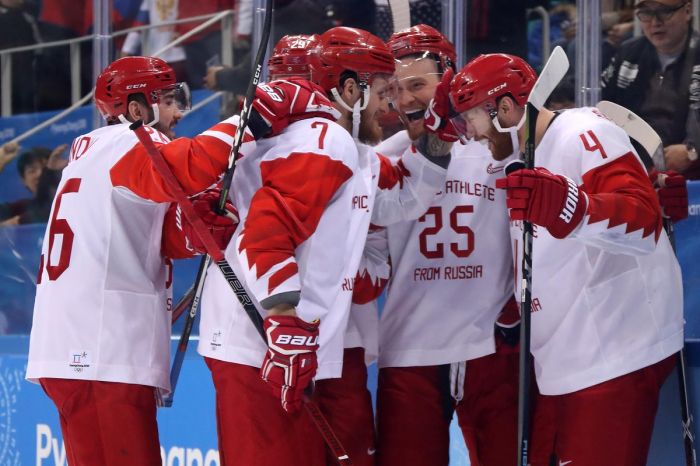 Russian hockey team has reached the final at the 2018 Pyeongchang Winter Olympic in South Korea.

The Russian national team beat the Czechs 3-0 in the semi-final.

Germany will play against Canada on Friday to determine which team will lock horns with the Russians.

Russian national team last reached the final in 1998 Winter Olympics in Nagano, when it lost to the Czech Republic 1-0.

Print    |  Հայերեն  |  На русском
Thank you for your comment. Your comment must be confirmed by the administration.
last news on "PyeongChang 2018"
Total votes (13)