Europa League: Mkhitaryan is recognized Player of the Match 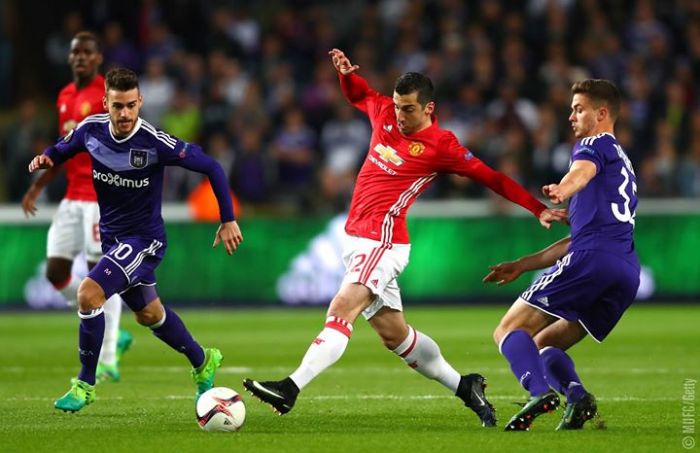 Armenian national football squad captain and Manchester United (a.k.a. Red Devils) midfielder Henrikh Mkhitaryan has been recognized Player of the Match in the English club’s Game 1 of the UEFA Europa League quarterfinal against R.S.C. Anderlecht (Belgium), on Thursday.

Mkhitaryan received 60 percent of the votes in the respective online voting on the UEFA official website.

The match in Brussels ended in a 1-1 tie, and the Armenian international scored the goal of the Red Devils. This was Henrikh Mkhitaryan’s fourth goal in the current season of the Europa League.
Game 2 is slated for April 20 in Manchester.