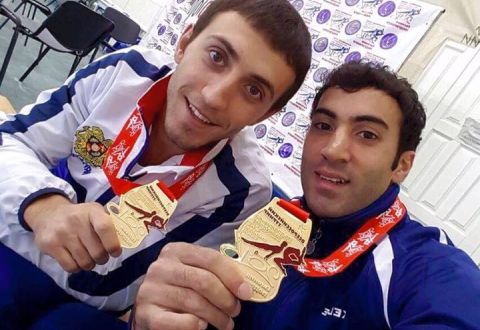 Gymnasts representing Armenia have won six medals at the 11th Yevgeni Podgorny international tournament that was held in Novosibirsk, Russia.

At the event, Artur Davtyan was declared winner in the vault. In addition, he became a silver medalist in the overall, horizontal bar, and the rings. And he won a bronze medal in the parallel bars.
And Vahagn Davtyan became a gold medalist in the rings.

A total of 120 gymnasts from Armenia, Russia, Kazakhstan, Uzbekistan, and Azerbaijan competed in this tournament devoted to Russian Olympic champion Yevgeni Podgorny.